Real-Time intelligence to enable you to run your agency more efficiently and meet the new Home Health Conditions of Participation requirements.

Last month we reported on the importance of updating off of Windows 7, as Microsoft will no longer be supporting this version come end of year. This month Microsoft warns about a vulnerability that is effecting the older versions of Windows, to include not just 7, but also Windows 2003, XP, SQL Server 2008 and SQL Server 2008 R2. 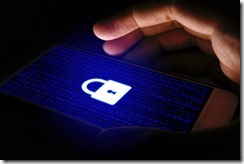 Microsoft states this is a “wormable” bug, what that means is that it is capable of exploiting your network. These types of bugs are considered serious vulnerabilities and it has the ability to spread rapidly. Being wormable, it is likely to influence more than one device on your network if one gets hit and can even be contracted at the point of care, thus transmitting back and infecting your internal network.

It is also startling to read in Microsoft’s announcement that this is happening without any user interaction, thus adding to the criticalness that your systems have all the latest updates, but urging more than ever that you proceed with upgrading to either Windows 8 or 10.

As always, if you are needing assistance with upgrading, contact HealthWare at 850-479-9035 or at sales@healthware.com. We are happy to help keep your systems secure and do what we can to protect your patient data.